Where I Want To Be: How Marketers Screw Up Geotargeting

END_OF_DOCUMENT_TOKEN_TO_BE_REPLACED

A Launch Story: From Consumer Focused to...

The Virtuous Circle of Brand Localizatio...

Too many times, it goes this way: you run a digital ad. Someone clicks on it. Maybe they complete a transaction, ma...

Local. National. And Back Again

Once upon a time, all shops and service providers were local. They were present in town, knowledgeable about their ...

A Race To The Bottom: OTAs and the Trave...

Companies in the travel industry must feel as if they are in a zero-sum business. As if the only thing anyone cares...

The increased focus on “local” isn’t lost on most national marketers. But those same national brands have generally...

Realtors: Buying A Home Is About Much Mo...

The problem with selling a home generally isn’t the home. It isn’t the person selling the home (well, most of the t...

How To Improve Employee Adherence To You...

A few years ago, Google first introduced us to the notion of “micro-moments.” These are defined as “intent-rich mom...

With the overwhelming amount of e-mails and advertising (web, TV, radio, you name it) that we’re exposed to each an...

3 Reasons To Add Georelevance To Your Ma...

You know how you behave online. You ask the search engine questions and then scan the results, often starting below...

3 Excuses For Not Doing Local Marketing ...

Given the pressure placed on brand marketers to deliver results, it's surprising that more isn't done to roll out t...

As marketers, we spend so much money trying to get people’s attention that when we do, it’s imperative that we maxi...

Where I Want To Be: How Marketers Screw Up Geotargeting

There is an old Sales and Marketing tactic that used to be popular in business, but has lost favor because, well, it can be prosecuted as fraud. It used to work like this:

A company advertises a ridiculously enticing offer to lure customers into the store. The customer comes in to purchase that product and, at the last minute, the store explains that – what do you know? - THAT product isn't available. Then the store offers the customer a DIFFERENT product, albeit at a higher price. Thus the customer was brought into the store under false pretenses and their expectations weren't met. Or, in the parlance of the tactic, they were baited with one offer, and then switched to another.

And while I would never accuse digital marketers of intentionally practicing marketing fraud, it has occurred to me that lately that there’s been a sort of digital version of the old bait-and-switch that’s becoming the default operating procedure for much online marketing. It works like this:

You’re on a site and a digital ad catches your eye because it contextualizes whatever it is they’re selling – or whatever problem it is they’re solving – with your particular location. You’re in Norwalk, CT, and it tells you that last year, crime was up in Norwalk. You’re in St. Louis and it tells you what the average insurance rates are for the Gateway City. So you click because, thank god, finally an ad targeted you and your local interests and needs.

But when you get to the site, it asks for all your personal information INCLUDING WHERE YOU ARE. Wait, what? Didn’t that ad literally just tell you where you were? Isn’t that why you clicked? Why doesn’t the landing page know that? Why isn’t the landing page as smart as the ad that’s driving to it? Why were you digitally bait-and-switched? 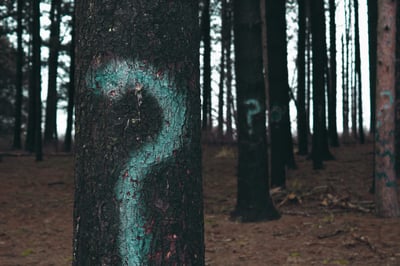 This is the disappointing geotargeting experience for most consumers. Marketers have smartly made their digital media more targeted to the physical location of their audience to increase relevance. Which is working; studies show that geotargeting and geofencing can double the performance of national ads.

But here’s the problem:

You don’t really care about clicks. You care about conversions. And banner ads, no matter how much geotargeting you do, don’t convert. Landing pages do. Or they’re supposed to. In most cases, they don’t. Conversion rates languish at around 2.5%. And remember, that’s 2.5% of the people who clicked on the ad. People who ostensibly were interested enough in what your geotargeted marketing was offering to leave the page they went to of their own accord to follow your ad. Your media did exactly what it was asked to do – intrigued the audience enough to take an action. But your landing page just let them slip away.

Why? Because you bait-and-switched. Because you set up the expectation that they were going to continue the conversation that the media – that you! – started, on a customized site, a site that was uniquely relevant to where they were and what they were interested in. And then you totally dropped the ball with a landing page that was little more than a glorified form. 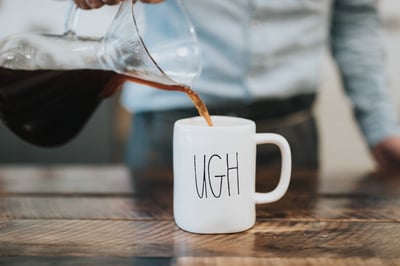 So what do you do? Forgo the effectiveness of ad localization because you can’t deliver effective local marketing on the landing page?

No, of course not.

So now imagine someone in St. Louis clicking on that geotargeted ad about insurance rates, landing on a geotargeted page that cites specific insurance breakdowns for St. Louis City. And the county. And the surrounding suburbs. And that has comparative data for other cities of similar size. That features stories about health issues in St. Louis, but also information about wellness organizations. And that then weaves into all that content, requests for information from the user.

Or imagine that homeowner who saw the geotargeted ad about crime in Norwalk, landing on a geotargeted page for a home security system that compared Norwalk to Stamford and Darien, that broke down crime by neighborhood, and by category, that had tips from local police departments, and that was even peppered with news stories from Fairfield County.

No bait, no switch. You delivered what you promised – a truly localized conversation about something the customer is interested in. And that you want to sell them.

And that’s important because the real problem with the old bait-and-switch was that it was bad for the customer.

But this more recent and increasingly standard approach to geotargeting? It’s bad for you. 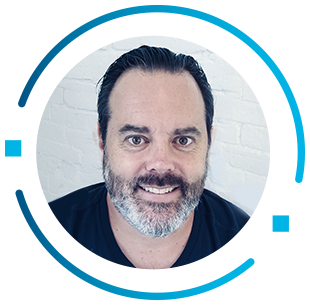 Vice President, Growth at Longitude73 and a 20 year veteran of multi-discipline marketing. Speaker. Entrepreneur. Dreamer. Passionate about making brands connect with consumers in ways that are mutually beneficial.

How To Gain Tremendous Insights Through Brand Localization
Refuting Excuses for Not Doing Local Marketing
Local Brew #86: What You Should Know About Micro-Moments
Daily Shot 10: Helping Brands Utilize Nextdoor Advertising
How To Improve ROI of Your Marketing Through Localization
Daily Shot 9: Improving ROI of Your Marketing Efforts
Campaign-Local: Driving Results for Ads and Emails at Scale
SlideShare: Local. National. And Back Again
How to Make the Most Out of Local Social
Daily Shot 8: Adding High Local Relevance to Landing Pages
Local. National. And Back Again
Don't Bait-And-Switch With Your Geotargeted Ads!
Realtors: Buying A Home Is About Much More Than Buying A Home
Realtors: How Are You Delivering The Right Local Expertise To Your Different Prospective Clients?
Real Estate Agents: Never Forget The First Rule of Marketing
The Local Brew #58: Hotels - Are You Missing Out On An Opportunity to Drive Direct Bookings?
A Launch Story: From Consumer Focused to Brand Focused
The Virtuous Circle of Brand Localization
Where I Want To Be: How Marketers Screw Up Geotargeting
A Race To The Bottom: OTAs and the Travel Industry

More From Our Blog

A Launch Story: From Consumer Focused to Brand Focused

The Virtuous Circle of Brand Localization

Too many times, it goes this way: you run a digital ad. Someone clicks on it. Maybe they complete a transaction, maybe t...

Local. National. And Back Again

Once upon a time, all shops and service providers were local. They were present in town, knowledgeable about their speci...

We power local solutions for the biggest brands across categories, delivering the scale of national reach and the impact of community level engagement to our clients. To help them drive engagement, leads and conversions.